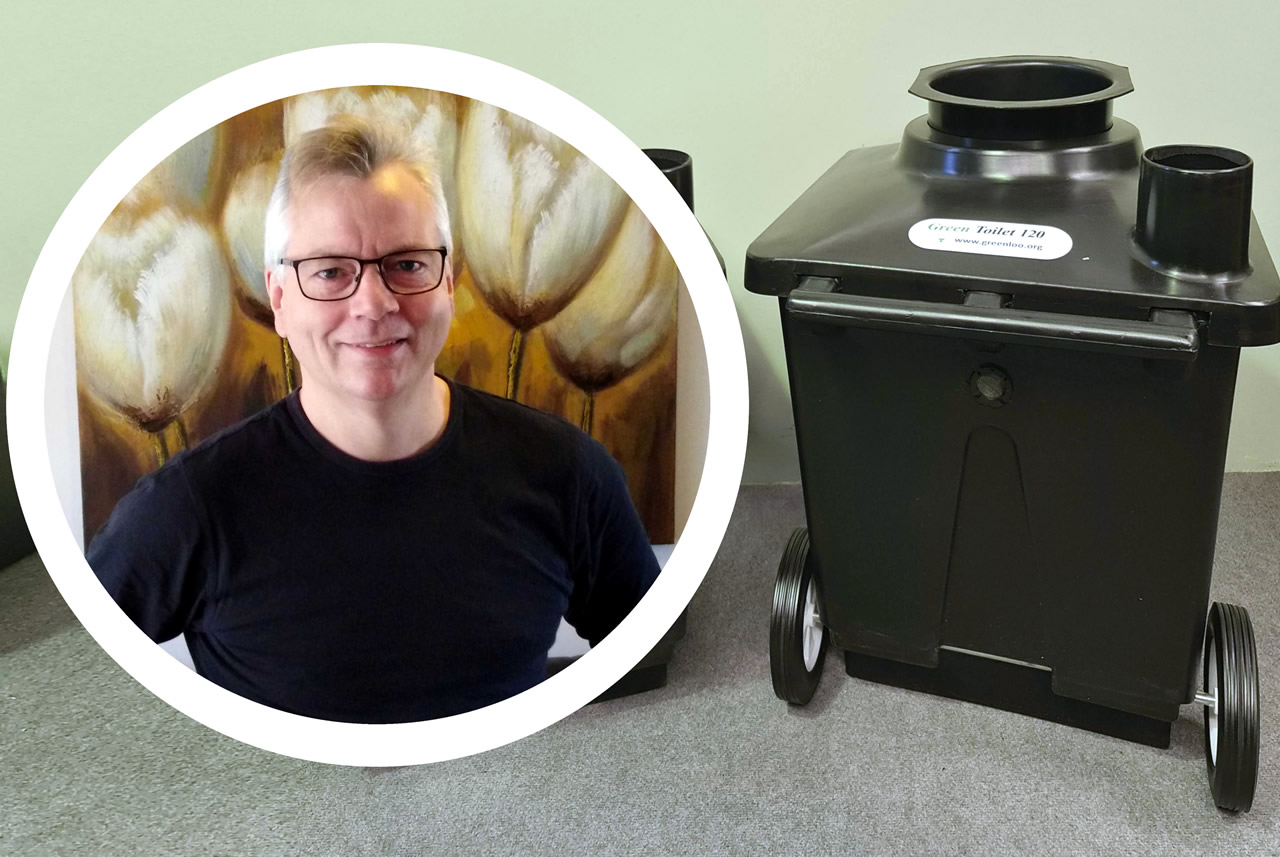 Continuing our international series of “Green Toilets on the map” we are most excited to announce that the Green Toilets are no longer only made in Finland, but also in Australia. You heard me right – Australia!

The new production line on other side of the world is definitely one of the greatest milestones in the four-decade long history of Green Toilets since first prototype was made in Finland 1993. About this achievement, we are more than grateful to our Australian dry toilet partner – Green Loo and Mr. Roland Schroeder.

Established 2017, Green Loo is an Australian company specializing in waterless toilets and greywater systems. Located on the East Coast of Australia in Burleigh Heads, 50 miles south from Brisbane, Green Loo offers several different dry toilet models for private consumers as well as for businesses and public organizations. Director Ronald Schroeder has been managing the company since day one and seen the business grow year by year in twofold numbers.

It was Mr. Schroeder who took the initiative in 2018 and contacted us here at Pikkuvihreä to find more information about our Green Toilet and how could it work in Australia. Couple months later, we decided to test the product in Australia. Hence, the first Green Toilets were loaded for their long journey from Finland to the other side of the world. For a shipment like this, it takes about 3 months to get from door to door.

As the first Green Toilets finally arrived in Burleigh Heads, they were put into a user experience test where we discovered that the system works even better in Australia than in Finland, thanks to warmer climate. However, we still had to go through a rigorous certification in Australia to assure that the product is safe and can be used as a wastewater treatment and sanitation solution before entering the market.

After a series of third-party laboratory tests done for the Green Toilet and its composting ability, we finally got an approval from the Australian officials. Although it sounds a bit cliché, we can honestly say that in this case the rest is history. The Green Toilets started to sell like hot cakes and since then containers of Green Toilets have been delivered from Pikkuvihreä to Green Loo.

Our collaboration with Green Loo has not only been one way road as we have also learned a lot from Roland and his team. As an example, one of our the greatest innovations, the Green Toilet Lux model, is in fact originally adopted from Green Loo after high recommendations of Mr. Schroeder. The Lux model is an indoor version of the original Green Toilet with a porcelain seat attached to it. Today, it is one of our best-selling solutions in Finland. All thanks to Mr. Schroeder and Green Loo!

As we all know, the world was badly hit by COVID-19 in 2020. Among all the effects of the pandemic, we saw a striking increase in global transportation costs and in particular container shipment prices. Consequently, in collaboration with Green Loo, we began planning local production of Green Toilets in Australia. The goal was not only to cut down the shipping costs and lead time from factory to end customer, but also to decrease the environmental footprint of  the transportation from Finland to Australia. When planning the local production, we discovered that the best way to organize the production was to establish a joint venture with Green Loo in Australia. The joint venture would take care of the manufacturing and gain the ownership of the Green Toilet molds and design. As a result, a new company called the Little Green Company was registered in Australia late 2019.

Early this year, we designed and ordered a new production mold in Australia to make Green Toilets locally. The first mold was made to produce the smaller Green Toilet 120 Family model for Green Loo. Few weeks after, our first Australian Green Toilet baby was born and saw the daylight!

Despite the name, the Australian Green Toilets are actually black in order to have the maximum warming affect from the sun. The warmer temperature is good for efficient compositing process. Read more about the operation of Green Toilet.

Otherwise, the Australian Green Toilets look and operate very much the same as their Finnish counterparts. Therefore, it may not be surprising that the Green Toilet use cases are also often very similar between Finland and Australia. For example, below you can see images of Green Toilet 330s installed to small schools with 30-50 pupils. The only major difference between the two school installations below is that the former is located in Western Australia city called Denmark, while the latter is from Velkua, Finland.

Looking for a dry toilet in Australia or New Zealand?

Visit greenloo.org, take a look into their offerings and contact them for more information about the Green Toilet and other dry toilet questions.

Read also about our work in other countries.

Green Toilets on the map: Spain